Some people may wonder if ADD/ADHD is genetic. The answer to that question is yes it can be. There are many different reasons a child develops ADD/ADHD, we are going to look at the genetic reasons. Here is some information on ADHD and genetics. 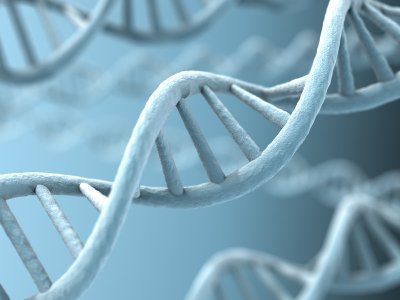 The purpose of this article is to let you know that the fact your child has ADD/ADHD has nothing to do with your parenting skills. ADD/ADHD is not a result of good or bad child rearing skills. I say this because I know you wonder, just as I did, “What did I do wrong that my poor child has to suffer with this?”

Some of you may wonder if ADD/ADHD is genetic. The answer to that question is yes it can be. There are many different reasons a child develops ADD/ADHD, we are going to look at the genetic reasons. You need to know that there are many experts in the field that believe ADHD has a very strong genetic basis. They also believe that genetics plays a big role in most cases of ADHD. It appears to be more common amongst people that have a close family relative that has ADHD.

This is leading to many scientific studies that are taking a closer look at genes. Those of interest are the genes that have to deal with dopamine. This is a chemical in the brain, which in people with ADHD is lower then in a person without ADHD. You can find more research on the topic with ADHD Molecular Genetics Network. (http://psychcentral.com/disorders/adhd/adhd_causes.htm)

To further explain the genetic factor, here is what one study found. Children with ADHD commonly have at least one close relative that also has ADHD. Approximately one third of all fathers that had ADHD as a child will father a child with ADHD. Most identical twins share an ADHD trait. (Source: NIMH)

There is also a study in London called the ADHD Genetic Group and there purpose is to identify genes that are involved with ADHD and its related behavioral traits and how those genes work in conjunction with the environment to influence a person’s behavior. (http://www.helpguide.org/mental/adhd_add_causes.htm )

We can go back to 2002 when a study was published by the UCI College of Medicine, that what we now see as a behavior disorder was once a survival mechanism. This study can be found in the Jan. 8 2002 issue of the Proceeding of the National Academy of Science. Here they state that at one time the behaviors associated with ADHD came about genetically to help the human race survive and thrive. The link ADHD to gene 7R allele was spontaneously mutated to help humans. (http://www.thomhartmann.com/index.php?option=com_content&task=view&id=87&Itemid= )

These are only a few of the studies and reports that have been done to demonstrate the strong link between genetic factors and ADD/ADHD. Talk to your doctor, talk to your family and spend a little time on the internet to get the research. It wasn’t until I started looking that I realized all of the research that was being done on ADD/ADHD. Honestly I never would’ve even thought about it being genetic. While knowing that it could very well be genetic doesn’t help you cope with the disorder, it should at least take away the guilt that I know you are carrying around.

Biography
Jennifer Shakeel is a writer and former nurse. As a mother of two incredible children, I am here to share with you what I have learned about parenting. One of my children has ADD, our journey of learning to come to terms with the diagnosis and figuring out what works best for us has been a challenge and a joy. Our son was diagnosed about two and half years ago, and we have had our ups and downs, joys and sorrows. If I can just offer you one day of hope or one idea that may work to help you and your family then I know that my purpose has been fulfilled.

Toddlers: How Do You Know Your Child has ADHD?

Doc, Can You Give My Special Needs Child Nutritional Help?