Childhood obesity is becoming ever more a problem not only in the United States but also in Europe and other developed countries as well. The statistics are alarming. Here are some of the risks obese children face... 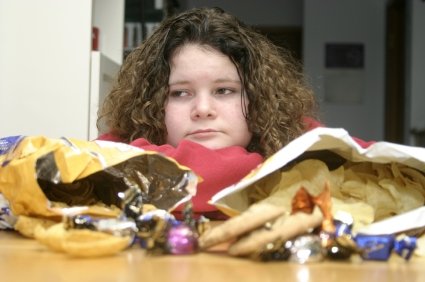 Childhood obesity is becoming ever more a problem not only in the United States but also in Europe and other developed countries as well. In the United States, experts estimate between 16 and 33 percent of children and adolescents are obese, which means their weight is at least 10 percent higher than what is recommended for the height and body type. The statistics are just as alarming in other countries:

Why is obesity such a concern to not only parents, but also to schools, governments, and entire countries? Well, obesity can lead to many serious health conditions, including
In fact, obese children are two to three times more likely to be hospitalized than normal-weight children. In the United States alone, the national cost for treating children with obesity-related health problems is estimated at approximately $14 billion.

And this is just the physical effects of obesity. Obesity is also linked to psychological problems, such as depression and anxiety. In addition, obese children tend to do more poorly in school and to miss more school.

In some cases, it truly can be difficult to tell if your child is perfectly normal, a little bit chubby, overweight, or obese. To complicate matters, the amount of body fat that is normal for a child changes with age and is different for boys and girls. However, you can get a general idea by checking his or her Body Mass Index (BMI), which is a ratio of height to weight. To calculate BMI,
The Center for Disease Control (CDC) has an easy online calculator you can use to figure out your child’s BMI. In general, children and adolescents is who have a BMI at the 95th percentile or above are considered obese, while children between the 85th and 95th percentile are at risk of being overweight.
Your child’s BMI is just one indicator of possible obesity, and may not always be accurate. For example, your child may be gaining weight quickly as part of a growth spurt. In addition, a child who is very muscular may have a high BMI because muscle weighs more than fat. Therefore, if you are worried about your child’s weight, it’s important to take your child to a doctor for further testing. The doctor can also give you and your child nutrition and exercise advice.

80 percent of obese kids remain obese as adults. Give your child the best chance for a long and healthy life by identifying and tackling any obesity problems early in life.

Biography: Stacey Schifferdecker is the happy but harried mother of three school-aged children—two boys and a girl. She is also a freelance writer, a Children’s Minister, a PTA volunteer, and a Scout leader. Stacey has a Bachelor’s degree in Communications and French and a Master’s degree in English. She has written extensively about parenting and education as well as business, technology, travel, and hobbies.
No part of this article may be copied or reproduced in any form without the express permission of More4Kids Inc © 2008 All Rights Reserved 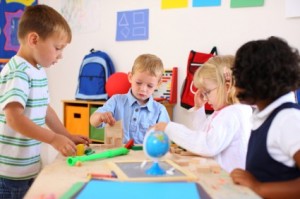 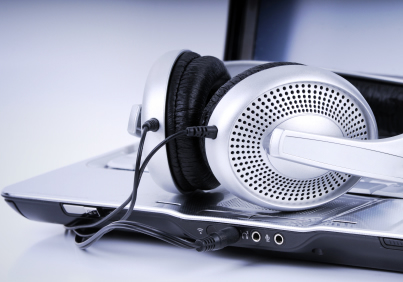 Yoga Help for Stressed-Out Kids
Does My Child Need An Annual Physical?
Comment